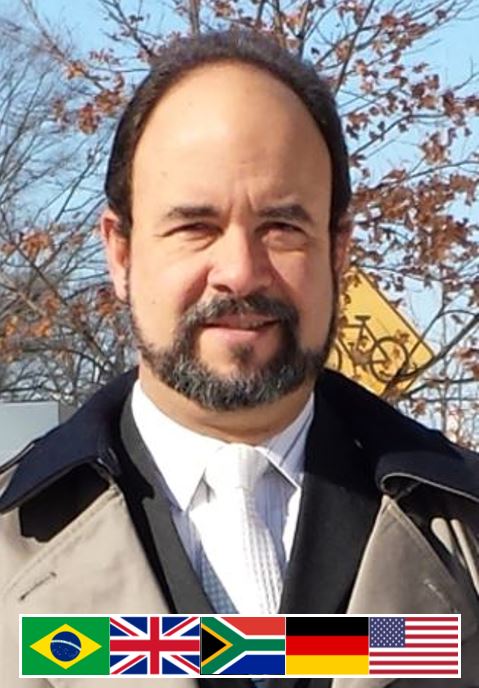 Fernando Buarque de Lima Neto is Brazilian, with a PhD in Artificial Intelligence from the University of London (2002), Diploma from Imperial College London-DIC in Artificial Neural Networks (2002), master’s degree in Computer Science from the Federal University of Pernambuco (1998) and a degree in Computer Science from the Catholic University of Pernambuco (1990). He read Philosophy of Science and Neuroscience at Imperial College London, and studied one-year Lato Sensu in Business Administration at the School of Administration at the University of Pernambuco-UPE. In 2020 he was elected a permanent member of the Pernambucan Academy of Sciences-APC. In 2019, he visited the Electrical and Computing Engineer at the University of Florida, as a CAPES-PVE Senior Scholar. In 2018 he was appointed for five years to the Superior Council of Science Foundation of the State of Pernambuco (FACEPE), and appointed for two years Research Ambassador at the University of Münster-WWU. In 2014-15 he did a sabbatical senior visit at the European Center for Information Systems-WWU. He is  Senior Associate Professor at UPE with habilitation at the centennial Polytechnic School of Pernambuco-POLI, as well as a permanent member of the Doctoral Program in Computer Engineering. He holds four active international academic positions: (i) Honorary Professor at CEMPS at the University of Exeter / UK, (ii) VIP (‘Visiting Int. Professor-Gastprofessor’) in WWU / Germany Economics-Administration, (iii) Adjunct Professor at Electrical and Computer Engineering at Texas A&M University / USA, and (iv) Visiting Professor at Electrical Engineering at the University of Johannesburg. Professor Buarque is Alexander von Humboldt Fellow / Germany, Senior Member of IEEE / USA, and was CNPQ PQ Accredited Researcher (2010-2018). He speaks fluently Portuguese, English and Spanish, and understands French, German and Italian; has more than 220 published works; and successfully supervised about 45 theses and dissertations, 40 graduation works in Computer Engineering and 40 scientific initiations. His three current lines of research are (1) Artificial Intelligence (AI) / Computational (IC): Evolutionary, Social and Hybrid Metaheuristics, (2) Modeling / Simulation of Complex Real Problems, and (3) Explainable Decision Systems via Computational Semiotics. He regularly receives foreign visitors to his laboratory out of his extensive collaboration network with 12 universities (10 abroad). Prof. Buarque has a long record as an international speaker (e.g. 2019: Italy / USA / Ecuador / China / South Africa / Germany; 2018: Germany / South Africa; 2017: Haiti / Germany / Peru / Ecuador / Honduras / BR; 2016: Colombia / Bolivia / Germany / USA; 2015: Germany / Italy / BR; 2014: Macedonia / Germany / BR; 2013: BR; 2012: France / South Africa; 2011: Germany / China; and, 2009-10: USA). In 2014-15 he was President of the Brazilian Society of Computational Intelligence-SBIC; 2014-16, Member of the Advisory Committee of the Computer Engineering Area-ENADE of INEP / MEC; 2014-15, Focal Point Brazil / Co-Chair of the Brazil-Germany Symposia on Frontiers of Science and Technology BRAGFOST; and was one of five Brazilian delegates to the British Council ‘2013-Going Global-Dubai’. Buarque organized and chaired the 11th. Brazilian Congress of Computational Intelligence-CBIC and 1st. ‘BRICS Congress on Computational Intelligence’. In 2012 he was ‘Professeur Invité’ at INRIA Paris-Rocquencourt and was ‘Graduate Faculty’ for six years at the Florida Institute of Technology-FIT. He was already a member of the FACEPE Innovation Chamber; at UPE he was Director of Graduate Studies, Head of Department / Head of Graduate Studies in Computing; at INEP / MEC he was an Evaluator (courses / institutions) and a contributor to BNI-ENADE. Today he is a project evaluator for the European Community (CORDIS / ERANet-LAC), NRF and HESA (South Africa), CNPq, CAPES and FACEPE. Recently he has been leading initiatives in the BRICS Countries as well as Latin American Countries to consolidate AI / IC networks. Since 2013 he has been the Steering Committee Coordinator of the IEEE LA-CCI (2014-Argentina, 2015-BR, 2016-Colombia, 2017-Peru, 2018-Mexico, 2019-Ecuador, 2020-21 / Chile).

“Artificial Intelligence was the future some years ago”    FBLN (c) 2020